Joe Biden, president of the United States, has a two-year-old granddaughter in Arkansas that he pretends does not exist, fathered by the crack whore of a son he pretends is a paragon of virtue. Hunter Biden, Joe's crack whore son, claims to not remember the encounter with the mother of his daughter. A judge in Arkansas doesn't care, having ruled in a family court case that, based on DNA, Hunter is the father. Joe Biden, who can't even remember how many grandchildren he has, won't even admit this little girl is one of them.

Posted by Raised.by.wolves at 6:09 PM No comments:

This guy is a hero

The pastor here is Polish, and he know's what he's talking about, having lived under communism and, no doubt, his parents lived under Nazi occupation. Hats off to this guy:

And hats off to Instapundit for putting this up.
Posted by Raised.by.wolves at 5:45 PM No comments:

So Gropey Joe gave a speech last night and let us know that in a few weeks the goverment would be giving us instructions on "what you can and cannot do" after you get vaccinated for the Wu-flu. With all due respect the the president or whoever is pulling his strings, fuck you. The last thing I'm waiting for or paying any attention to is instructions from the government on what I can and cannot do.

Posted by Raised.by.wolves at 10:15 AM No comments:

Email ThisBlogThis!Share to TwitterShare to FacebookShare to Pinterest
Labels: fuck you, Gropey Joe

The country is in the best of hands

What could go wrong?

Posted by Raised.by.wolves at 10:46 PM No comments:

Not even president yet and already fucking up

Joe Biden*, who on Wednesday will be inaugurated as president of the United States, decided not to wait to take office to fuck up. In fact, he is going for a two-fer. He will be harming our energy independence and pissing off one of our closest allies, all at the same time:

U.S. president-elect Joe Biden has indicated plans to cancel the Keystone XL pipeline permit via executive action on his first day in office, sources confirmed to CBC News on Sunday.

A purported briefing note from the Biden transition team mentioning the plan was widely circulated over the weekend after being shared by the incoming president's team with U.S. stakeholders.

The list shown to stakeholders is a lengthier version of a list already reported in the media based on a memo released publicly over the weekend by Biden's chief of staff Ronald Klain. That publicly reported memo from Klain did not mention Keystone XL, but cautioned that the memo was not a complete list of planned actions.

Canadian officials already are asking the Biden team not to do this. He talks big about rebuilding our relationships with allies, but I don't think we're going to like the "allies" he wants to rebuild relationships with. (Hint: Iran.) He clearly doesn't give a fuck about Canada if he does this.

Posted by Raised.by.wolves at 5:41 PM No comments:

Weird how nobody talks about this

Lots of "peace" groups bitched about Presidents Bush, 41 and 43, but never bitched about Clinton or Obama. And nobody lauded Trump for not getting us into any new wars, and reducing or eliminating our  presence in our existing wars. Weird. 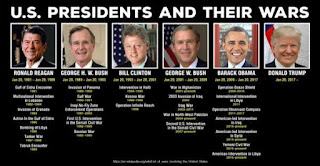 Posted by Raised.by.wolves at 5:34 PM No comments:

All I got to say. 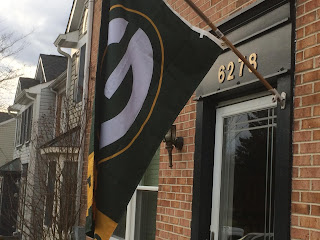 Posted by Raised.by.wolves at 4:28 PM No comments: